Through homeland of Nikola Tesla to the city of Gospić, the administrative centre of Lika Region 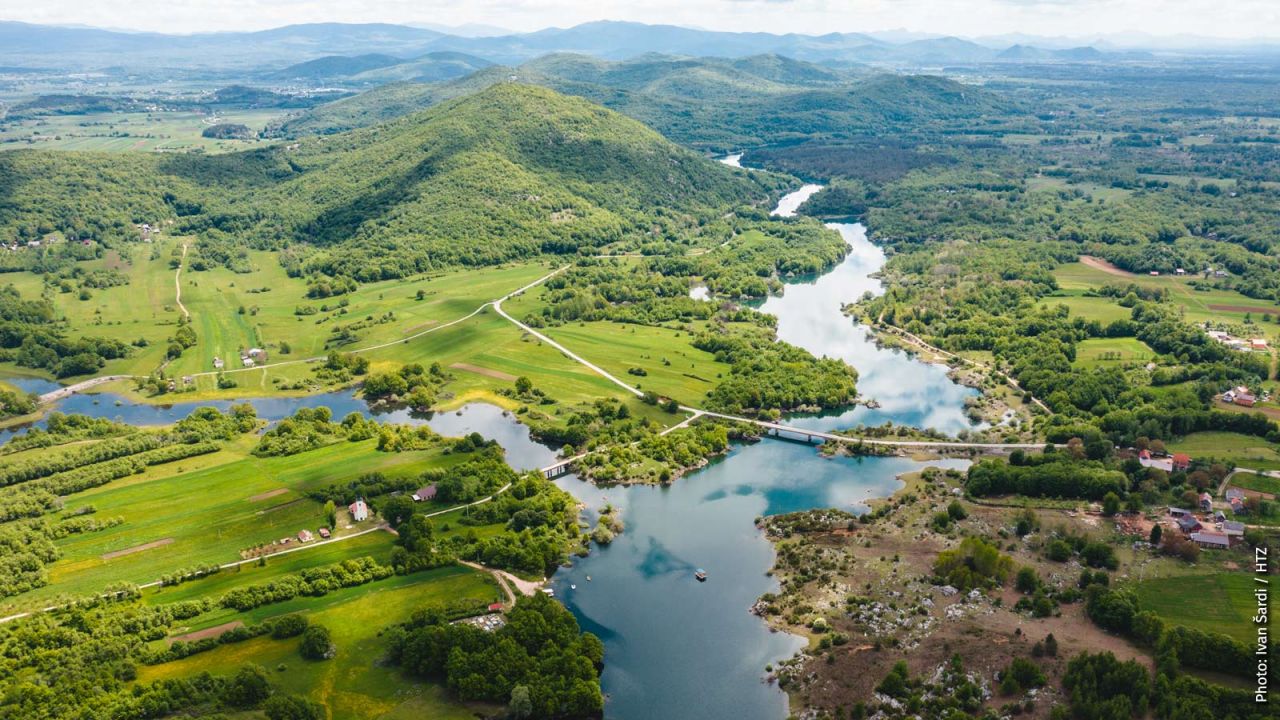 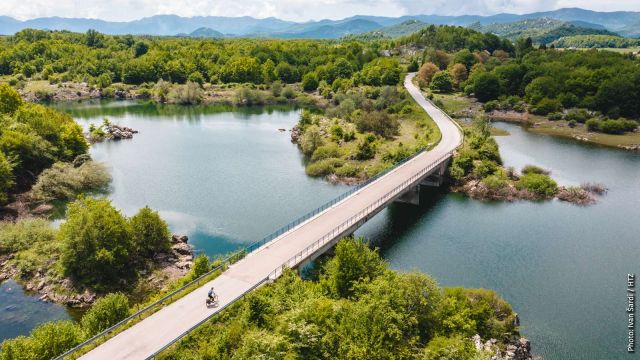 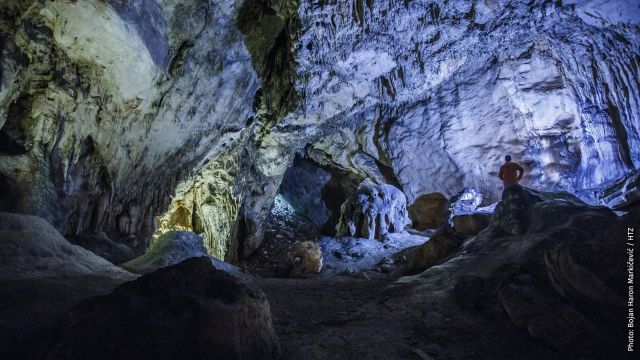 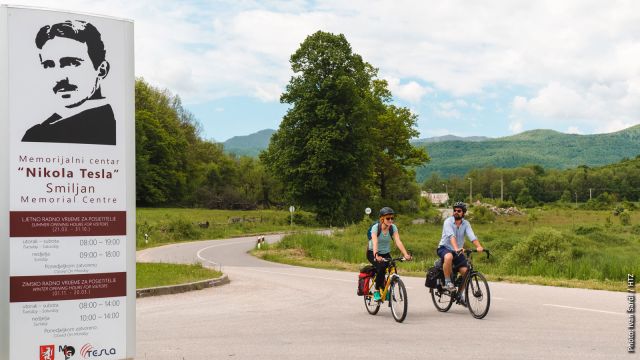 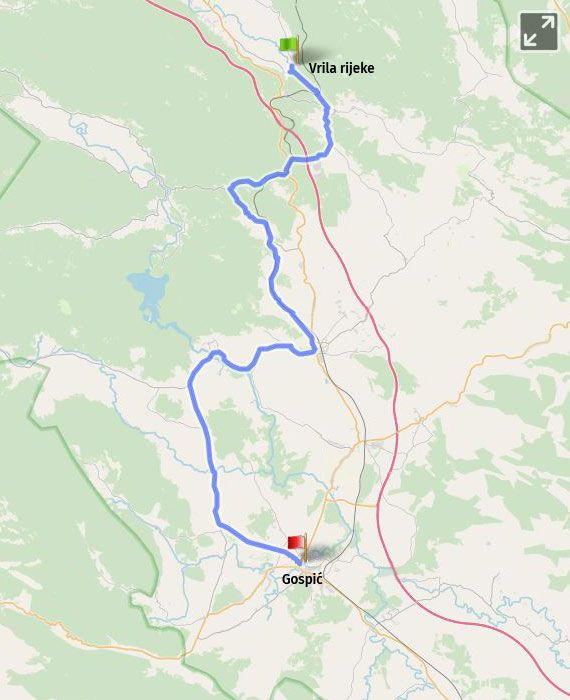 The section of the EV8 route through Lika is dedicated to nature and water, the source of life and the energy of water, which exactly here in the mid-19th century, inspired the inventive mind of Nikola Tesla, who was born in the village of Smiljan near Gospić. The route leads through well preserved nature, along numerous rivers, streams, lakes and canals, along watermills, over the bridges and dams of hydropower plants in Lika. From the spring called Tonković vrilo on the River Gacka, the route leads uphill towards the village of Ramljani, and then past the village of Janjče onto D50 road, but only a short distance in the direction of Gospić, and then along a local road towards Kosinj on the River Lika, where there is the old, stone Kosinj Bridge from 1936. The route passes through the villages of Studenci, Klenovac and Markovo Selo, taking a pleasant and quiet local road, with views of untouched nature and fields all the way to Perušić; 2.5 km from Perušić, there is the Grabovača Cave Park and Cave Samograd. The route leads from there towards the place of Klanac. In the village of Kaluđerovac, there is a church of St. Bishop Nicholas, and soon afterwards the route leads through an oasis of peace and tranquillity near the accumulation Lakes Kruščica, located on the River Lika since 1971. It passes through the village of Klanac, and before crossing the bridge on the River Otešica, it is possible to take left turn from the route towards the village of Veliki Žitnik, where there is the Memorial House of Dr Ante Starčević, dedicated to one of the most famous Croatian politicians, who is also known as Father of the Homeland. The route soon reaches the village of Smiljan, the birthplace of the world famous inventor Nikola Tesla, of whose life and inventions the Memorial Centre of Nikola Tesla tells the story. Shortly afterwards, it reaches the city of Gospić, the administrative and management centre of Lika, situated on the River Novčica. Accommodation in Gospić can be found in hotels, motels and in private accommodation.