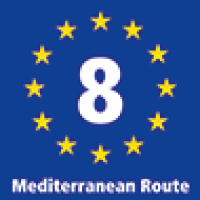 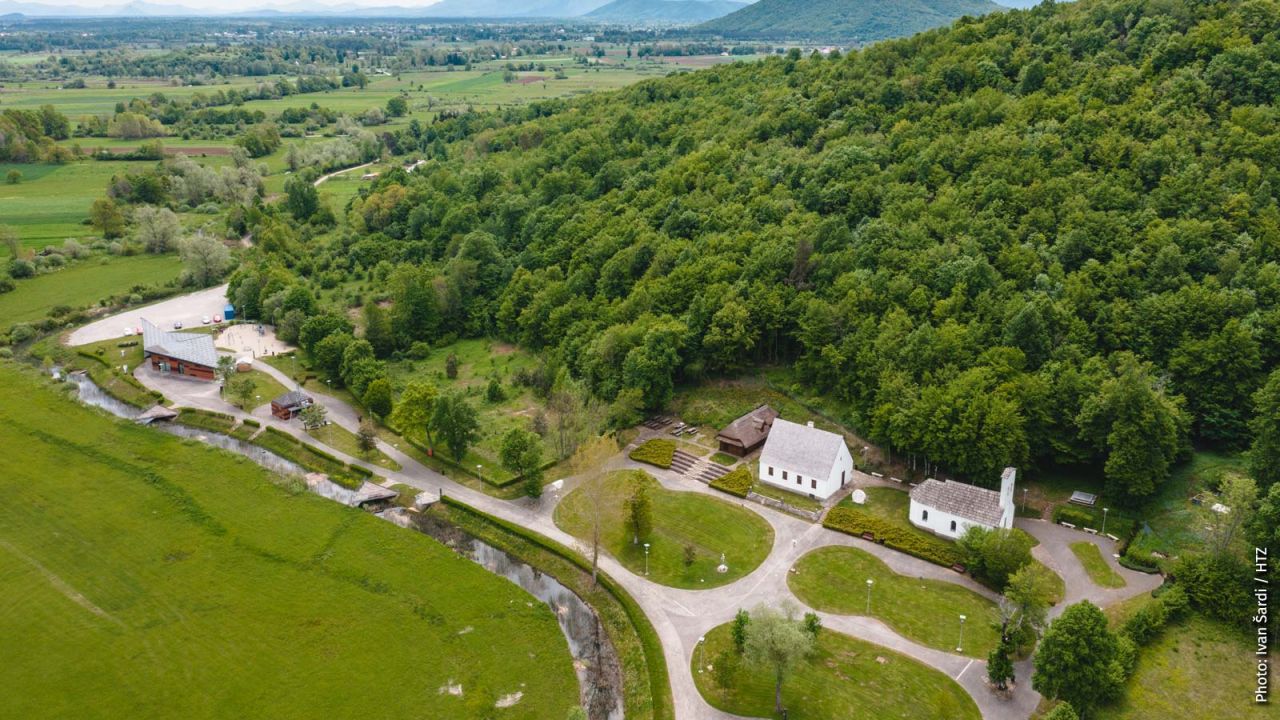 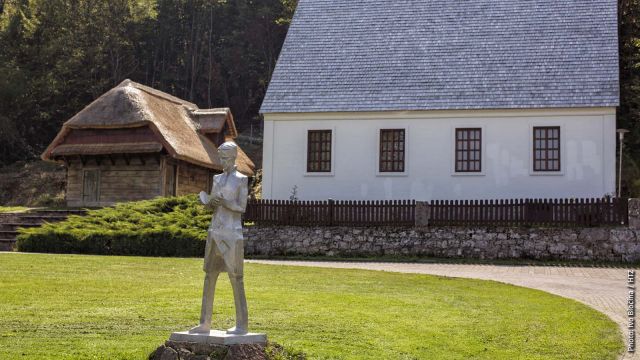 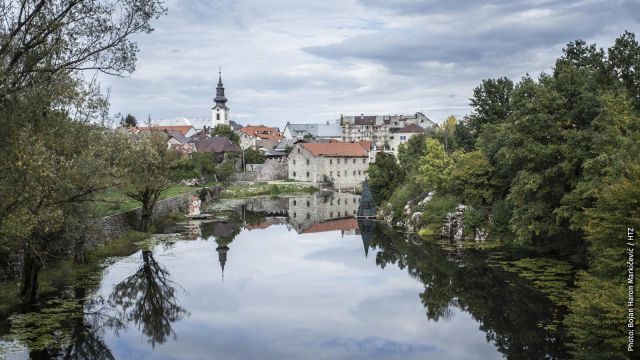 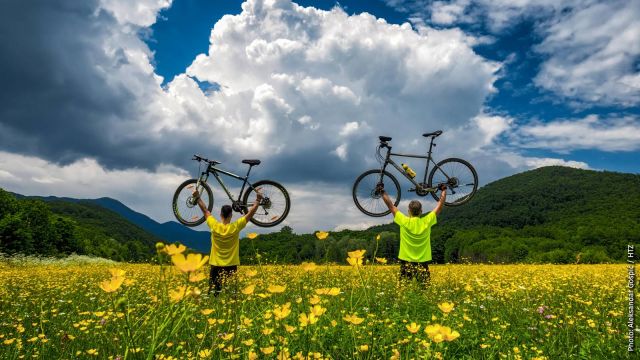 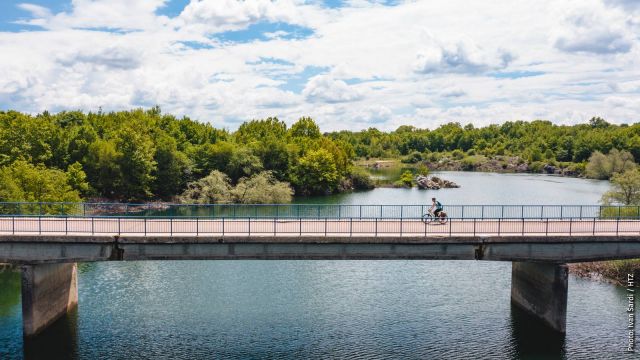 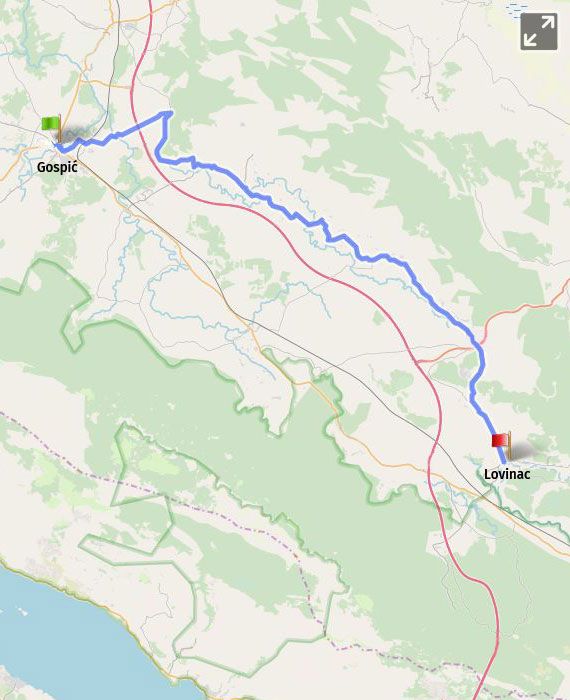 This section of the EV8 route leads from Gospić to the very south of Lika, where the municipality of Lovinac is located in the triangle of Gospić – Udbina – Gračac. The route passes through the area with very attractive natural landscape, thick and preserved woods, numerous karst phenomena, crystal clear water and environment, as well as natural and artificial lakes. It leads through the villages of Lipe, Ostrvica and Barlete along quiet local roads with several short macadam sections. The route passes through the Valley of the River Jadova, the largest tributary of the River Lika, which is streaming from a small mountain lake near Gornja Ploča. The idyllic landscape continues through the villages of Vrebac, Pavlovac Vrebački, Mogorić and Gornja Ploča, with a beautiful view of the meadows, fields and pasture grounds with herds of sheep. The attractive hill Zir (852 m) with its rocky peak rises in the middle of a plain. There is a pleasant ride downhill from Gornja Ploča towards the municipality of Lovinac, which includes large parts of the National Park Paklenica, such as the second highest mountain peak in Croatia – Sveto brdo (1751 m) and the Velebit Nature Park. This area abounds in lakes, both natural (karst) and artificial ones, like the accumulation lake in Štikada towards Gračac, or the accumulation of the River Opsenica in Sveti Rok, a favourite summer picnic place of local residents with a beautiful sandy beach. The place has a shop, a post office, a picnic site with a restaurant, and a hostel with the unforgettable view of the crest of Southern Velebit. It is recommended to go on a cycling trip on the road called Majstorska cesta, the first road which was built on mountain Velebit, opened for public back in 1832. It connected Lika and Dalmatia, from Sveti Rok over Mali Alan and the impressive stone galleries of the peak Tulove grede (1040 m) with the small town of Obrovac on the River Zrmanja.